The “2nd Annual Iraqi-European Business and Investment Forum” concluded with success its deliberations and works on 18th May, 2017, at Divani Caravel Hotel of Athens.

This “2nd Annual Iraqi-European Forum” was under the auspices of the President of Iraq, the Ministries of Economy and Development and of Foreign Affairs of Greece, the Union of Arab Chambers and the Federation of Iraqi Chambers of Commerce, with the contribution and support of Baghdad Chamber of Commerce along with the Representation of the European Commission in Greece, Al-Bilad Bank of Iraq and the Arab-European Joint Chambers as supporting organizations.

The Secretary General of the Arab-Hellenic Chamber, Mr. Rashad Mabger, opened the works of the Forum, welcoming the attendees and participants. Further on, the floor was given consecutively to Mr. Jaafar Rasool Jaafar Al-Hamadani, Chairman of the Federation of Iraqi Chambers of Commerce & Chairman of Baghdad Chamber of Commerce, Mr. Tawfic S. Khoury, Executive Vice Chairman of Consolidated Contractors Company (C.C.C.), H.E. Prof. George Katrougalos, Alternate Minister of Foreign Affairs of Greece, H.E. Mr. Sharwan Kamel Alwaeli, Advisor to and Representative of the President of the Republic of Iraq, and H.E. Mr. Dimitri B. Papadimitriou, Minister of Economy and Development of Greece. All keynote speakers welcomed this initiative and referred to the excellent relations between Iraq and Greece, highlighting the great potentials and opportunities of the Greek businesses to be part of Iraq’s reconstruction projects.

The three sessions started with “Iraq’s Investment Opportunities”, which were presented by high-level Iraqi speakers, followed by “Iraq’s Oil, Gas and Sustainable Energy Sectors” and the third session on “Potential for Infrastructure Projects in Iraq”. The last two sessions were presented by high-level Iraqi, Greek and European speakers, outlining the potential of these sectors in light of the fact that Iraq is heading towards a new era of security, stability and reconstruction.

At 16:00 hrs., the B2B meetings in all business sectors were realized between Greek businessmen (more than 60 companies) with their Iraqi counterparts (more than 48 companies) that participated in the 2nd Forum. It is worth mentioning that the participants in this Forum exceeded in number the ones in the previous Iraqi Forum that was held back in April 2016.

The Arab-Hellenic Chamber seizes this opportunity to express its appreciation for the official auspices the Forum received and the support of the European Commission Representation in Greece, Al-Bilad Bank of Iraq and all the Arab-European Joint Chambers. Our gratitude extends to our member-companies for their sponsorship and to Consolidated Contractors Company (C.C.C.), the Strategic Sponsor of this event. A big thanks to Baghdad Chamber of Commerce, our partner and main sponsor and to all the companies and members of the Arab-Hellenic Chamber which participated in the Forum’s deliberations and B2B meetings. 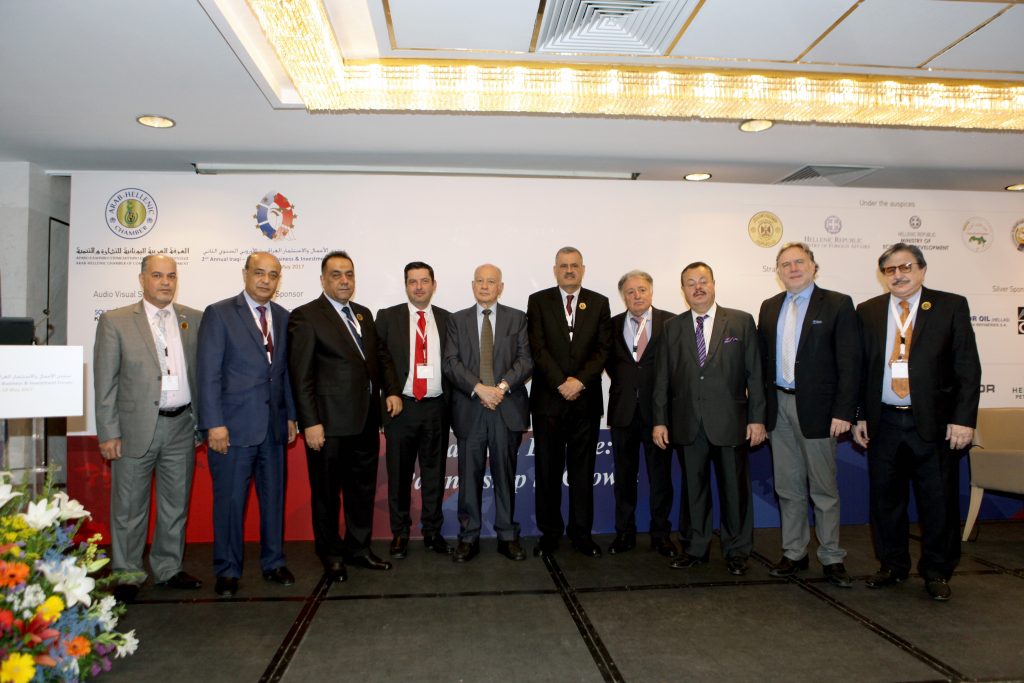 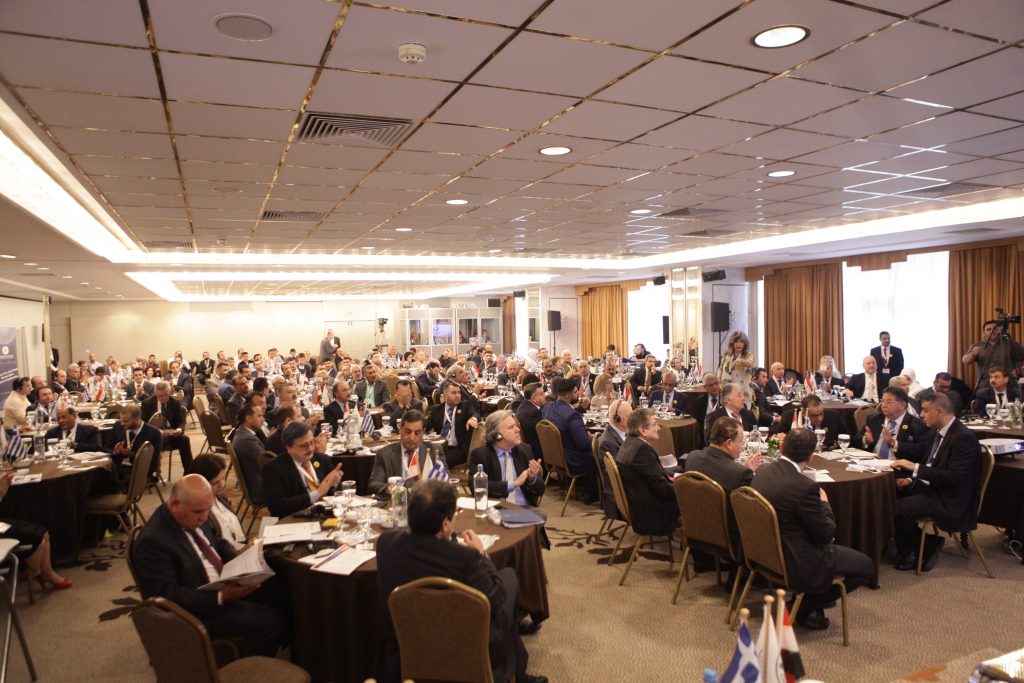 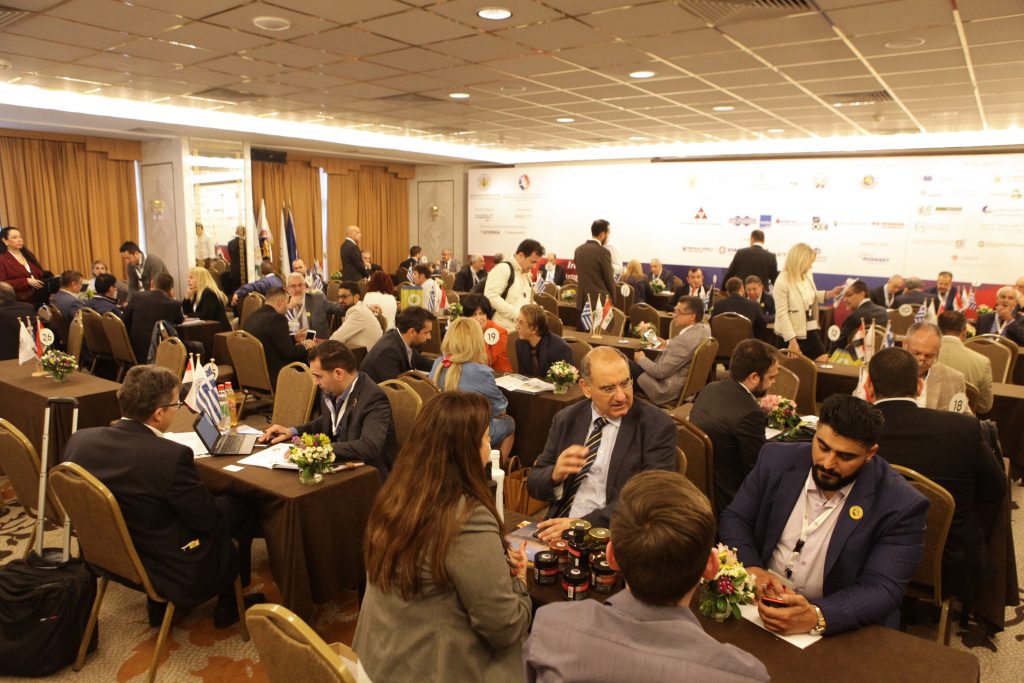