It is with great success that the Arab-Hellenic Chamber of Commerce and Development concluded on Wednesday 22 March, 2017 the Workshop “Doing Business in the Arab world” at the Divani Caravel Hotel in Athens. The event was attended by Arab Ambassadors, Greek officials and representatives of commercial organizations, more than 50 Arab business owners and CEO’s from seven countries, Egypt, Erbil-Iraq, Jordan, Lebanon, Libya, the United Arab Emirates and Palestine and more than 190 Greek businessmen representing around 135 Greek companies in various sectors.

The opening speech was delivered by Mr. Rashad Mabger, Secretary General of the Arab-Hellenic Chamber, Mr. Harris Geronikolas, Chairman of the Board and H.E. Mr. Marwan Emile Toubassi, Dean of the Council of Arab Ambassadors in Greece, Ambassador of the State of Palestine. Dr. Saleh Jallad represented Mr. Tawfic S. Khoury, Executive Vice Chairman, CCC, as keynote speaker, and then our guest of honor, H.E. Prof. George Katrougalos, Alternate Minister of Foreign Affairs in Greece, welcomed the esteemed attendees and referred to the potential investment and business relations between Greece and the Arab World.

The first session tackled the Culture of Business and Doing Business in the Arab World, with CCC’s Financial Advisor as the Moderator, presenting the Ambassadors of Algeria and Egypt in Greece. In their speeches, they touched upon the aspects of doing business in their countries and the opportunities they provide as two of the most attractive destinations in the MENA region. Then, representatives of two of our oldest member-companies, CCC and Archirodon, narrated their success stories and history of doing business in the Arab world.

In the second session, the moderator was the Executive Director Overseas Business, from TERNA company. It started with Ajman Free Zone of the United Arab Emirates, which was presented for first time to our audience as one of the most attractive hubs for establishing businesses in the whole of the Middle East. Afterwards, four Greek Counsellors on Economic and Commercial Affairs from the Greek Embassies accredited to Egypt, Iraq, the United Arab Emirates and Saudi Arabia (covering Oman and Yemen) communicated to our participants their unique experience in business practices and procedures in the Arab World, based on their years of residence in the said countries.

Following the two sessions, B2B meetings took place between the Greek and Arab businessmen. For the first time, a team of CCC Senior Engineers of various disciplines met with potential Greek companies in the Construction and Building Material sectors for pre-qualifications for CCC projects worldwide. During the B2B meetings, the Greek Commercial Attaches met with interested Greek companies in order to provide useful information on the countries they represented.

The Arab-Hellenic Chamber seizes this opportunity to express its gratitude to the Ministry of Foreign Affairs and the Greek Embassies accredited to the Arab Countries for their valuable and continuous support. A word of thank goes to our Main Sponsor, CCC, the Silver Sponsor, Archirodon N.V., and to all our supporters and the media and communication sponsors. We, at the Arab-Hellenic Chamber, pride ourselves in the success of this important event and we are fully committed to continue on the same path of providing our level-best of services and assistance to our members and the business communities in the Arab world and Greece.

The Arab-Hellenic Chamber of Commerce and Development 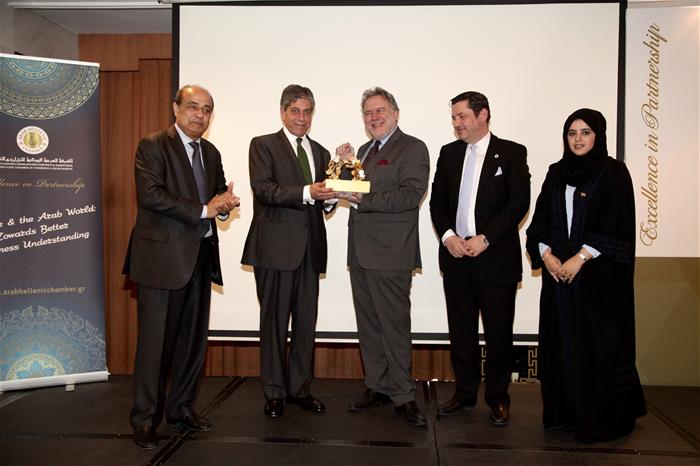 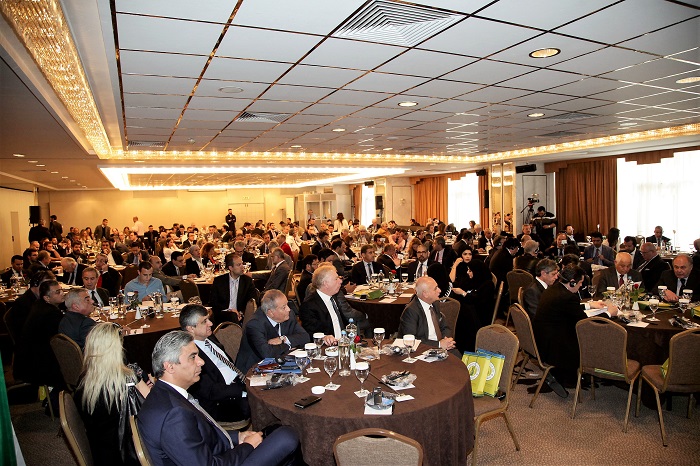 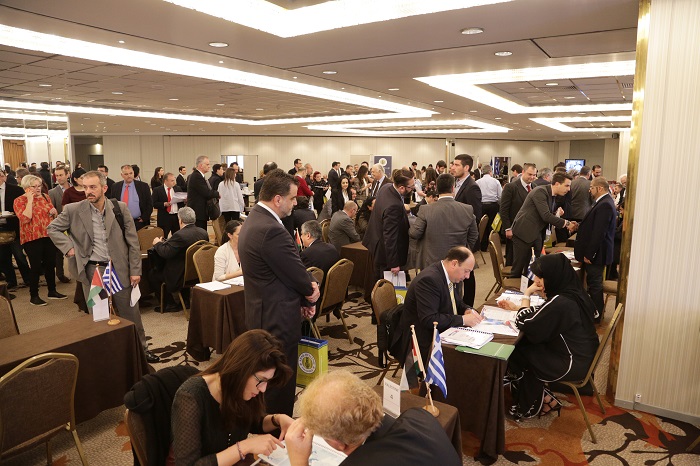