On the occasion of honouring the United Arab Emirates as this year’s guest country at the 86th International Fair of Thessaloniki (10-18 September, 2022), the Arab-Hellenic Chamber, in cooperation with the Embassy of the UAE in Athens, Greece, co-organized a Ministerial Greek-Emirati RoundTable Discussion between H.E. Abdulla Bin Touq Al Marri, Minister of Economy, UAE, and H.E. Adonis Georgiadis, Minister of Development & Investment, Greece, on September 10th at Emilios Riadis Hall. The discussion was moderated by Rashad Mabger, the Secretary General of the Arab-Hellenic Chamber. The two Ministers elaborated on the various investment opportunities and future economic and commercial relations between the two countries. 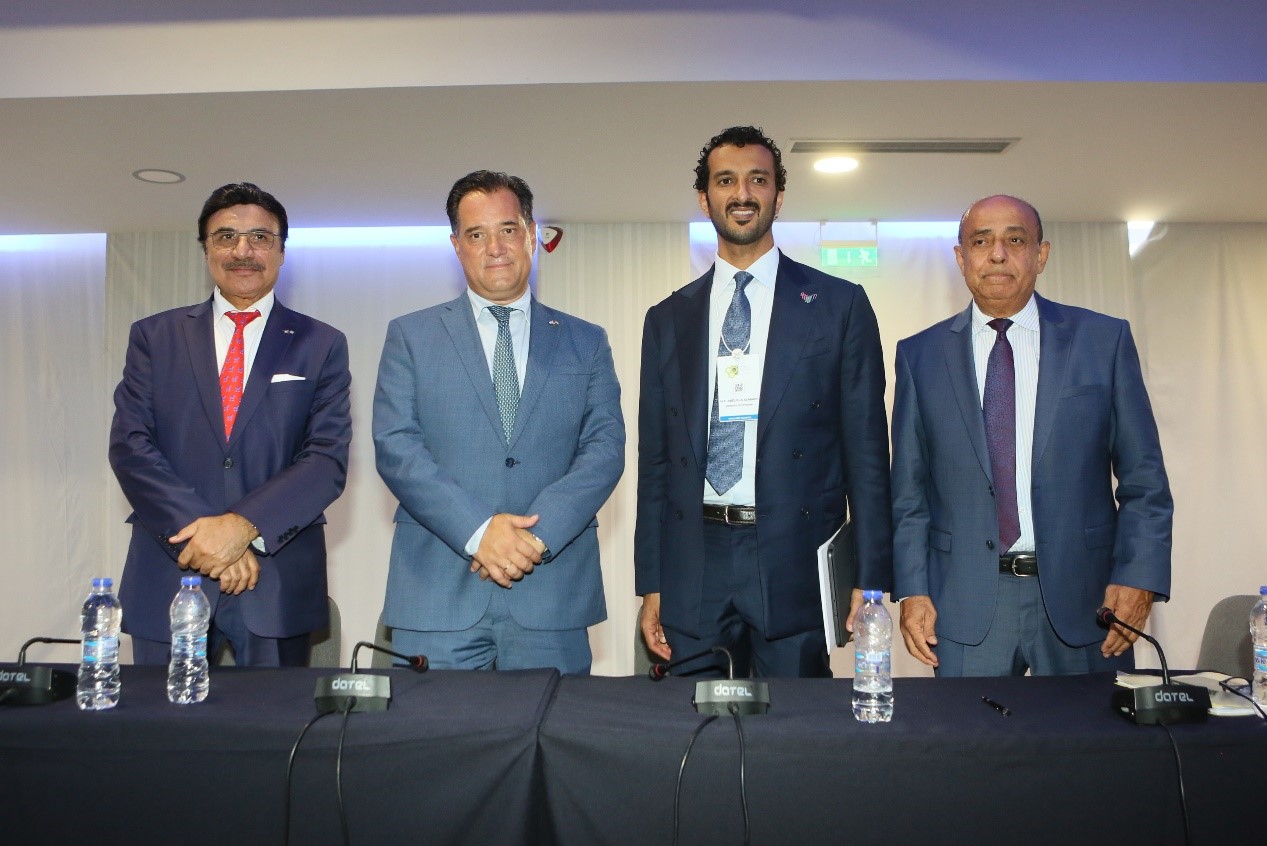 On 15 September, the Arab-Hellenic Chamber, in collaboration with TIF-HELEXPO, organized the Greece – UAE Business Gathering, in the framework of the 3rd Thessaloniki Helexpo Forum, at “Ioannis Vellidis” International Congress Centre. This event, a miniature version of our Chamber’s regular conferences, focused on topics of interest for the two sides. The event started with an introduction by Rashad Mabger, the Secretary General of the Arab-Hellenic Chamber, followed by a opening speech by Kyriakos Pozrikidis, CEO of TIF-HELEXPO, and a keynote address by H.E. Sulaiman Hamed Salem Almazroui, Ambassador of the United Arab Emirates. 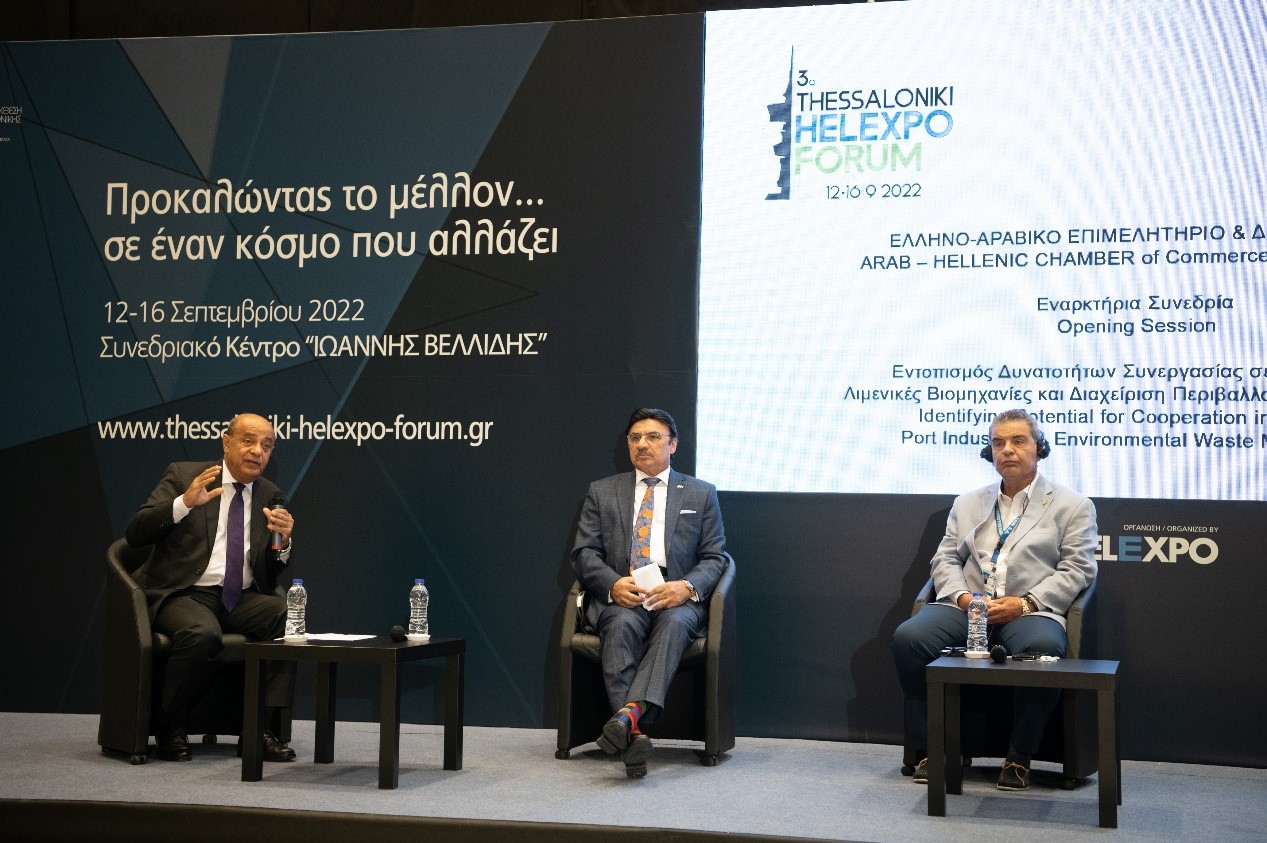 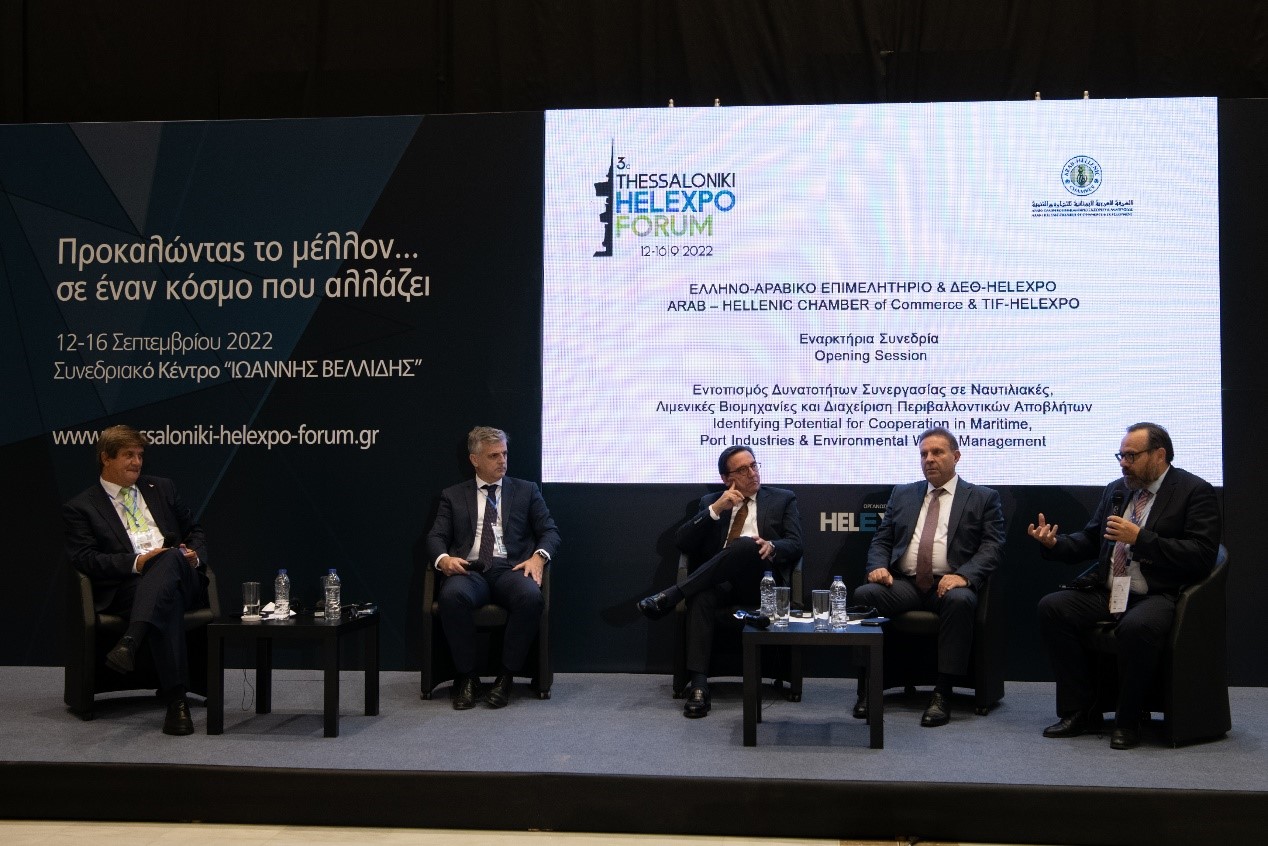 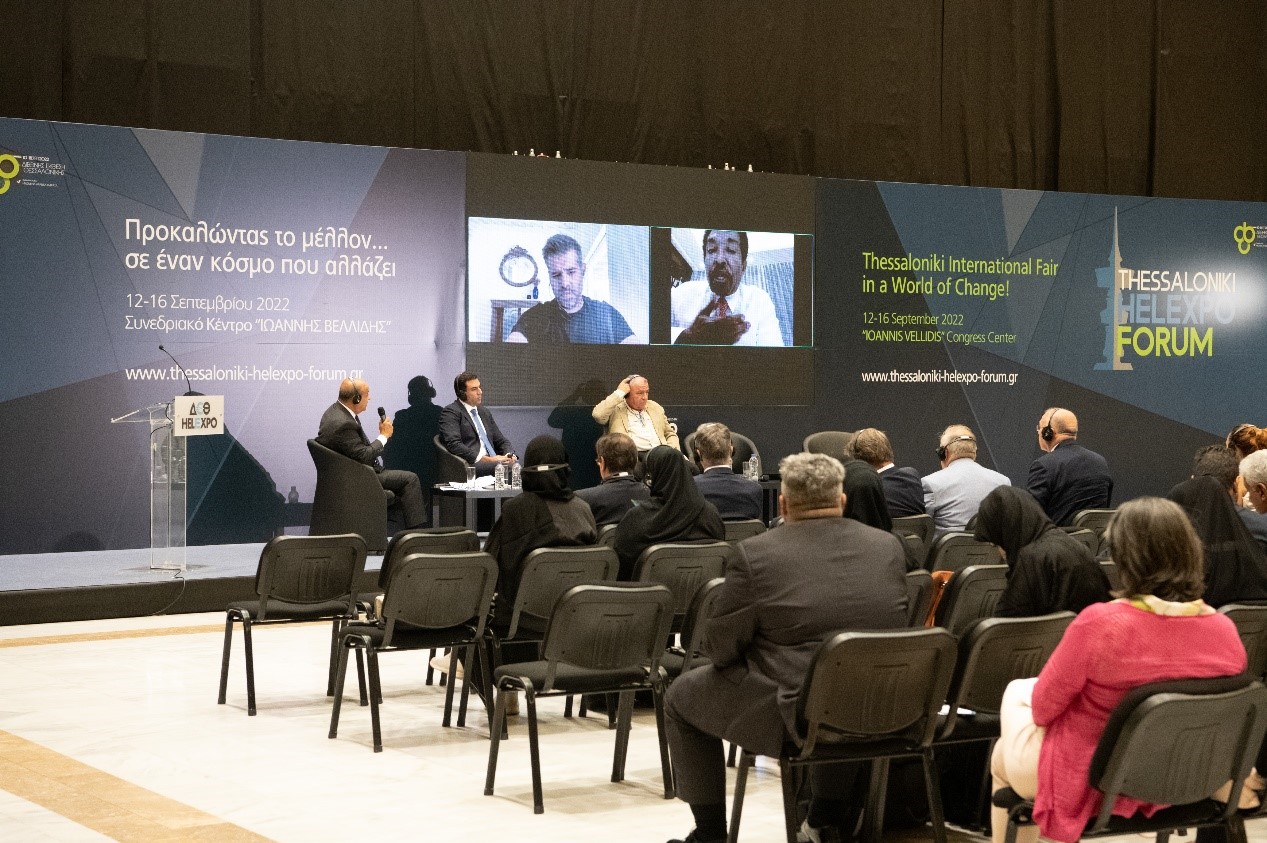 The third session, entitled “Opportunities for Investment with Particular Focus on Tourism and Real Estate Industries,” provided a floor for an interesting discussion between Prof. Dr. Haris Lambropoulos, President, Hellenic Development Bank B.D. Member, Athens Chamber of Commerce & of Investments S.A. & B.D. Member, Arab-Hellenic Chamber of Commerce & Development, and Mr. Apostolos Panas, Secretary of the Hellenic Parliament, Member of Parliament Halkidiki, Head of the Development & Investment Sector of the Movement for Change – PA.SO.K., who demonstrated their significant experience in their respective areas of expertise. The discussion was moderated by Mrs. Maria Mathiopoulou, Journalist and Press Officer of HELEXPO.

All in all, both events could not have come at a better time, as we are currently experiencing an unprecedented dynamic of strategic relations between the UAE and Greece. We, at the Arab-Hellenic Chamber, salute TIF-HELEXPO Management for honouring the United Arab Emirates at Thessaloniki International Fair as we believe it was a timely initiative that sealed the focus and dedication of the two countries to consolidate their existing friendly relations at all business levels.