The Arab-Hellenic Chamber convened its flagship event, the 11th Arab-Hellenic Economic Forum, on 25th & 26th October 2022 at the Divani Caravel Hotel in Athens, Greece, incorporating the 2nd Greece & GCC Countries Business Gathering, and the 4th Meet the Arab Ambassadors Roundtable Discussion. This event has witnessed wider participation of over 250 businessmen from 18 Arab countries and 122 representatives of Greek companies.

At the opening ceremony, the event was introduced by Rashad Mabger, the Secretary General of the Arab-Hellenic Chamber (AHC), followed by keynote addresses by Harris Geronikolas, President, AHC, and President of City Unity College, and Suheil Hassib Sabbagh, Vice President, AHC, and President, Group HR, CCC. Then followed the Guests of Honor, H.E. Ahed Sweidat, Dean of the Council of Arab Ambassadors & Ambassador of the Hashemite Kingdom of Jordan, and H.E. Christos Dimas, Deputy Minister of Development and Investments, Greece. Both emphasized on the existing friendly relations between Greece and the Arab world and the potential for closer and stronger cooperation in the areas of investment and trade.

On the morning of Wednesday, October 26th, Abdulaziz Al-Mikhlafi, Coordinator General of Arab-Foreign Joint Chambers & Secretary General, Arab-German Chamber of Commerce and Industry (GHORFA), Germany, delivered the welcoming address of the day, followed by Aref Boualwan, Chief Initiatives and Startups Officer, Consolidated Contractors Company (CCC), Greece, who presented his company’s initiative to include startups on the road to innovation in its construction methodology.

The program was concluded with the official dinner in honour of the Arab business delegations who participated in our Forum in search of more partnerships with their Greek counterparts. The program was further highlighted by honouring the staff members of the Arab-Hellenic Chamber, with special recognition and appreciation to Vania Foundoulaki, for her long devotion and impeccable services to the Chamber for more than four decades. This was followed by Cretan dancing, and elegant tastes by the hotel and Arab chefs accompanied by the exquisite melodies of classical music.

The Arab-Hellenic Chamber once again has managed to attract wider than ever participation from the two sides and successfully created the atmosphere for interactive deliberations, discussions, and business meetings, contributing further to the enhancement of Arab-Greek relations in every business domain.

We would like to seize this opportunity to thank the organizations which granted their auspices to our 11th Arab-Hellenic Economic Forum, the Qatar and Kuwait Chambers for their special contribution and all the sponsors, member-companies, to whom we are deeply indebted for their support. 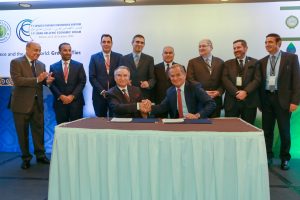 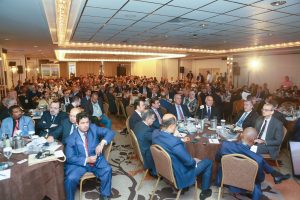 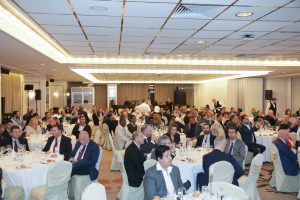 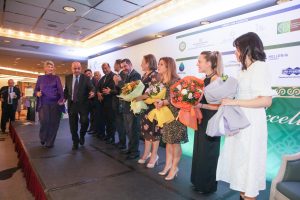