“Greece and the Arab World: 40 Years of Excellence in Partnership”

In a pleasant atmosphere, the “8th Arab-Hellenic Economic Forum” wrapped up its works, deliberations and B2B meetings, after two successful days, 27-28 November, at the Divani Caravel Hotel of Athens.

The first two sessions tackled the issue of maritime and port industries and included H.E. Mr. Ioannis Plakiotakis, Minister of Shipping & Islands Policy of Greece as the Keynote Speaker and many interesting and engaging speakers from Greece and the Arab World. Then, in a special session, presenters of various domains gave one-of-a-kind presentations each on their field of expertise, overwhelming the audience. The sessions that followed coped with the possibilities for the participation of Greek companies in the reconstruction of Arab countries affected by war, the success stories of businesswomen and start-ups and finally the prospects on tourism and investment opportunities in the Greek real estate market.

Because this year’s Forum coincided with the 40th anniversary since the establishment of the Arab-Hellenic Chamber, the program included a Gala Dinner in the evening of the 27th November, with Mr. Miltiadis Varvitsiotis, Alternate Minister of Foreign Affairs, representing the President of the Hellenic Government, as Keynote Speaker and, among others, a show of traditional Palestinian and Cretan dances, a fashion show with folklore costumes from various Arab countries and other surprises for the esteemed guests and attendees.

In the afternoon of the second day, B2B meetings took place between the 152 Arab businessmen from 11 countries and the Greek representatives of more than 60 companies.

The Arab-Hellenic Chamber seizes this opportunity to express its utmost gratitude and appreciation to the official auspices of this event and to the contributors and supporters, Kuwait Chamber of Commerce and Industry, Qatar Chamber, Jordan Chamber of Commerce, Aqaba Chamber of Commerce and Enterprise Greece. Our appreciation is extended to the Strategic Sponsor, CCC, and to all our sponsors and supporters, of this event. Finally, a big thank you to all our members and non-members who have been standing by us and give us the drive and courage to keep up the good work for more than four decades. 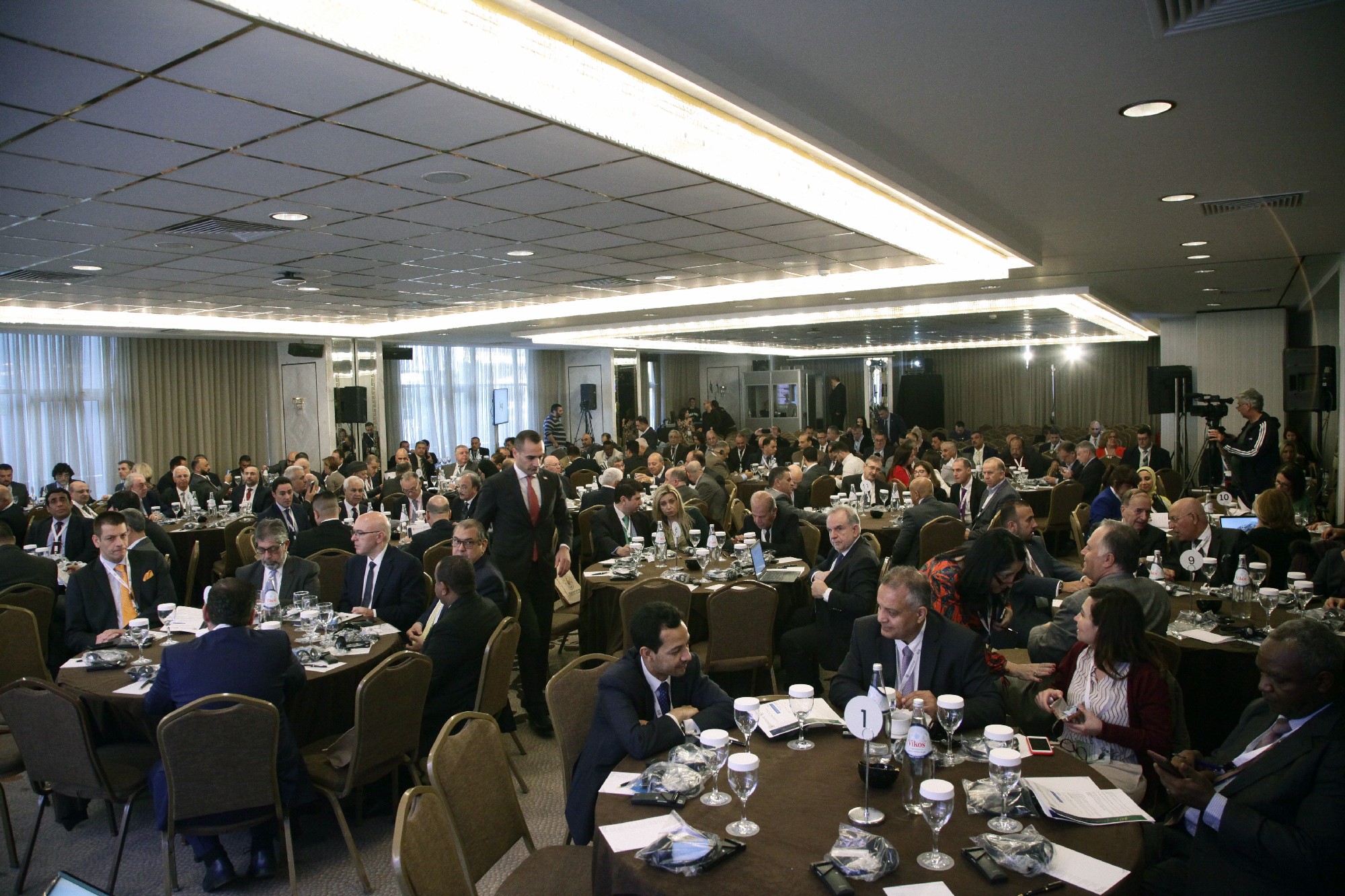 Side view of the hall 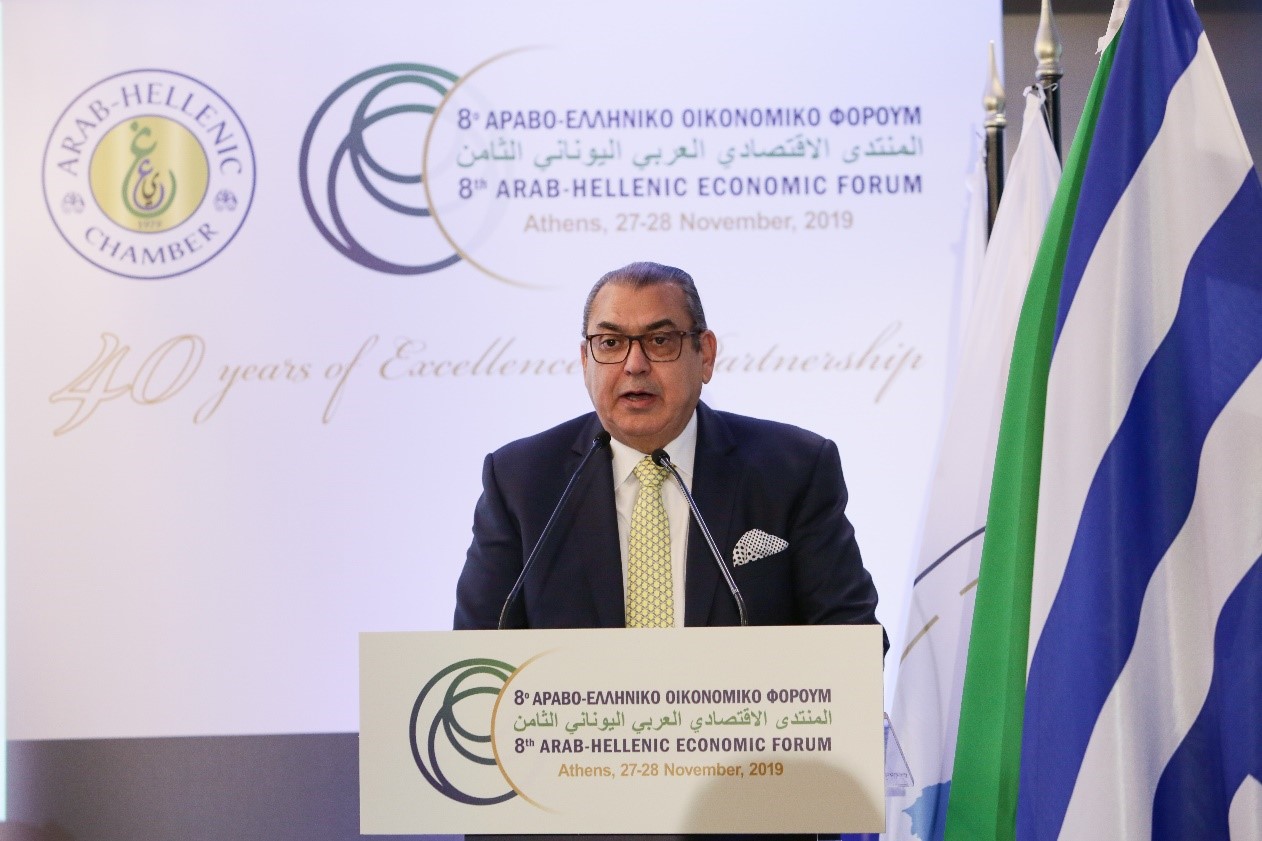 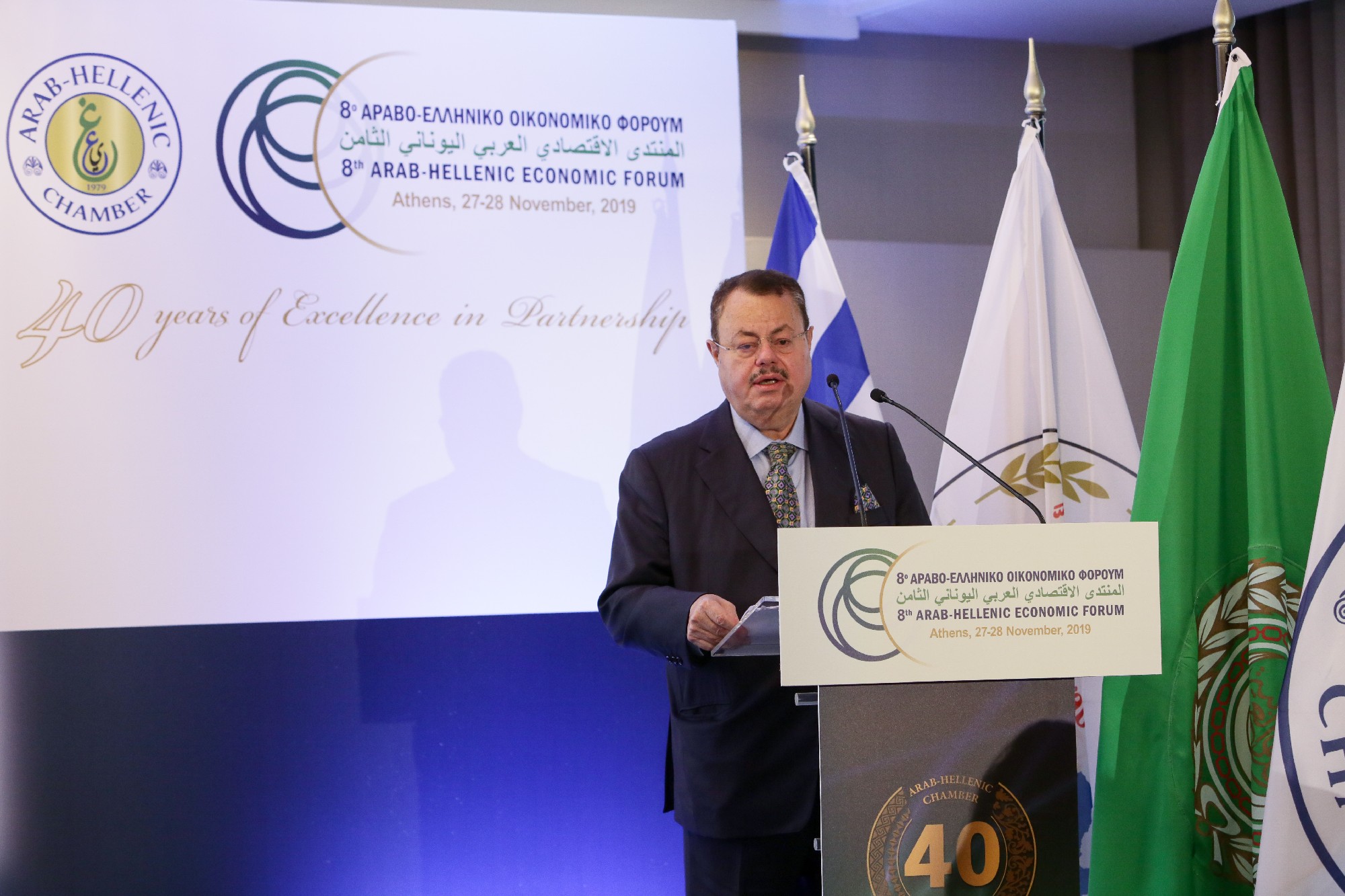 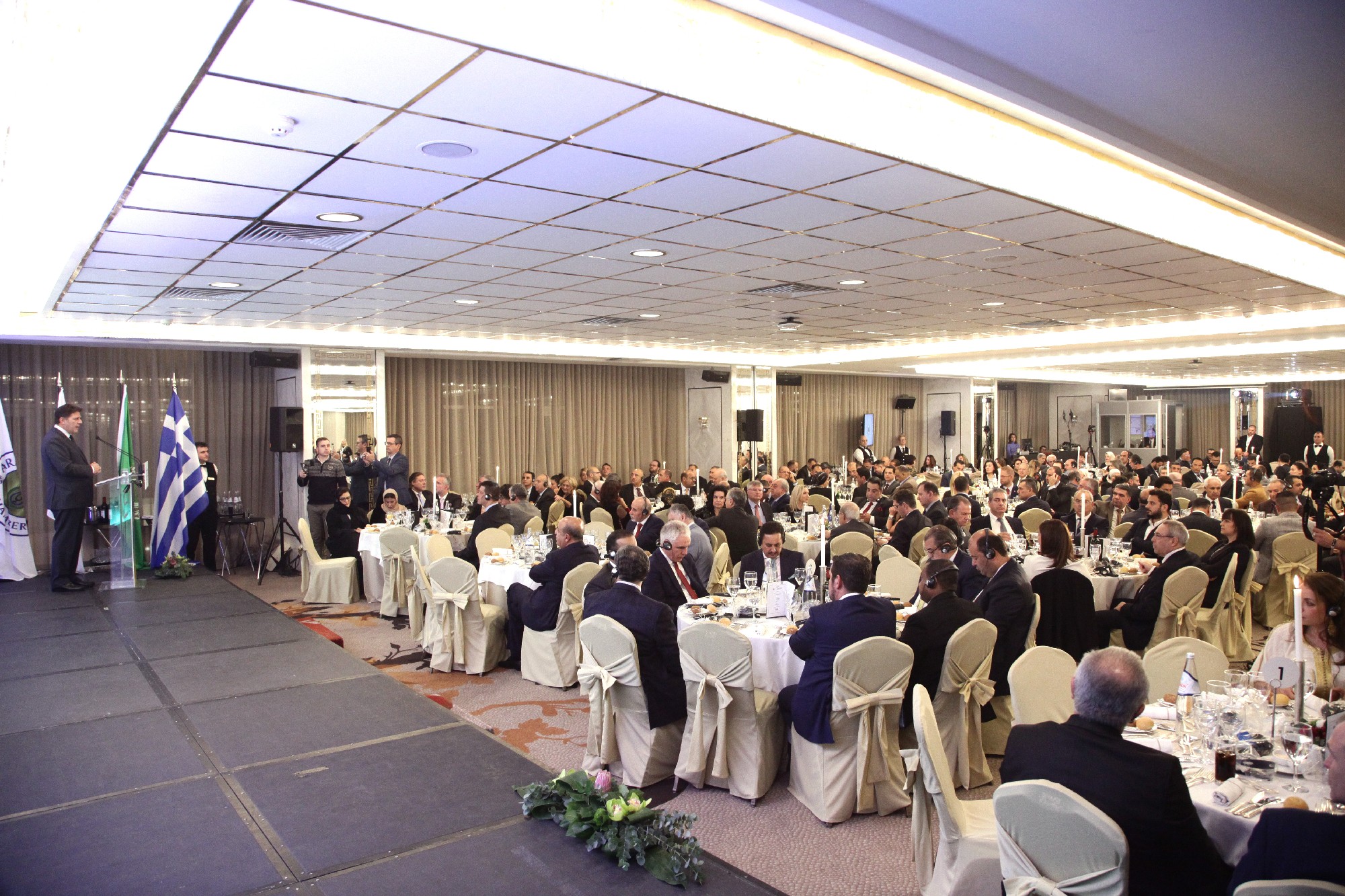 The guest of honour, H.E. Miltiadis Varvitsiotis, Alternate Minister of Foreign Affairs representing the President of the Hellenic Government, delivering the keynote address of the Gala Dinner 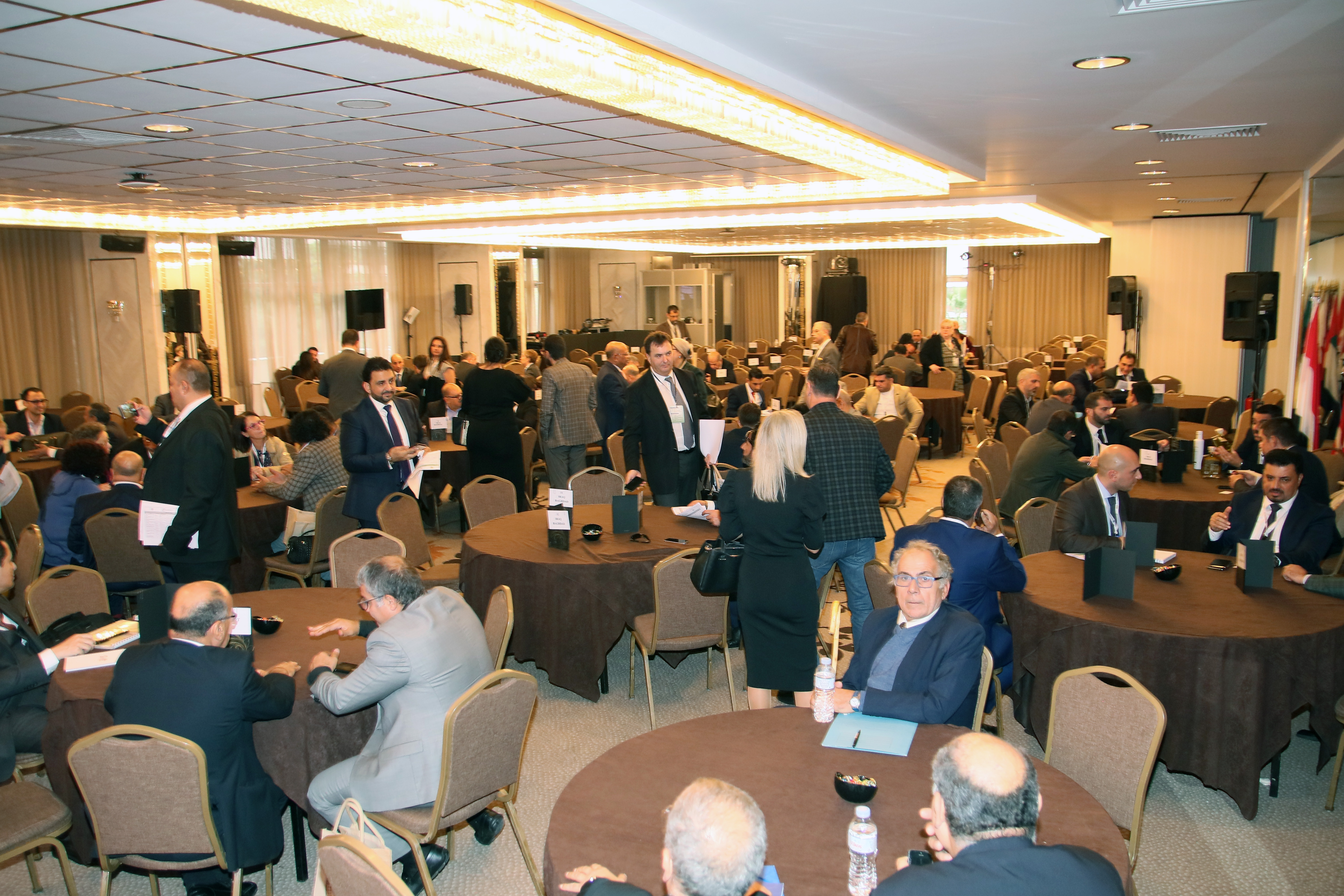 View of one hall of the B2B meetings

Arab-Hellenic Chamber of Commerce and Development

You can download the Press Release by clicking HERE.